The Shipyard and Haddington served up an eight-goal thriller with honours even as the match finished 4-4. From being ahead early on, the Shippy found themselves two goals down with 16 minutes remaining but fought back in fine fashion to square the match, indeed if Robbie Crawford had shown more composure in the closing seconds, he may well have won it for his team, however, he blazed over from the centre of the box. At last, the injury and suspension problems seem to be easing with Ross Lennie, Scott Powrie and Rab Kinnaird returning to the squad.

It didn’t take long for the first goal to arrive as the Shippy took the lead in the 2nd minute. The ball was played through to Crawford and he lifted the ball over the keeper to find the back of the net. Kinnaird drove into the box but couldn’t get a shot away and Callum McAulay’s effort was off just off target as the Shippy had the better of the early exchanges. Haddington came into the match in the 17th minute as Shipyard keeper Ryan Adamson saved at the feet of Andy Jones and the same man was involved three minutes later as he burst through but shot straight into the midriff of Adamson. The visitors went close from a corner and Grant Rose shot wide as the Hi Hi had a dominant spell. The Shipyard trialist headed wide before Adamson held Ross King’s effort. The Shipyard were dealt a blow in the 41st minute when Dean Anderson had to be helped off after he damaged his ankle after catching his studs in the turf. Just as it looked like the Shippy would take a lead into the break disaster struck as Sandy Strang could only turn a Shaun Hill cross into his own net. 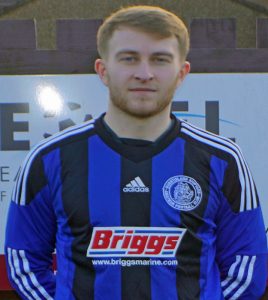 Ross Lennie scored on his comeback from injury. 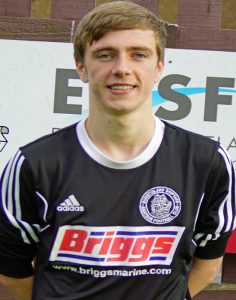 Ryan O’Donnell’s equaliser was his first goal of the season.

Haddington came out for the restart with their tails up and soon built up a two-goal advantage. In the 50th minute good play between King and Jones set up an easy chance for Jordan Cropley and he made no mistake. After Adamson made a save at the expense of a corner, the resultant set piece saw the Shippy score a second own goal as Kinnaird knocked the ball into his own net. A Crawford drive was deflected wide, however, the Shippy reduced the deficit from the corner in the 64th minute. The initial delivery was cleared back out to Sam Glancy and when the diminutive left back played the ball in again, Lennie was on hand to convert at the back post. The visitors re-established their two-goal advantage four minutes later when Chris Cairney drove the ball into the corner after the ball was worked across the pitch to him. The Hosts got back to within a goal when Jonny Galloway headed in Glancy’s corner after 74 minutes. The Shippy were now driving forward and sub Reece Brown saw his shot held by Craig Cockburn with ten minutes remaining. The Shippy drew level in the 89th minute and it came from another corner where Ryan O’Donnell was on hand at the back post to nod home. Haddington were reeling now as the Shipyard looked for a winner and it could and possibly should have come as the game moved into added time when Jonny Galloway teed the ball up perfectly for Crawford but unfortunately the youngster didn’t trouble Cockburn from a great position. Most people in attendance would have been disappointed when the referee blew for full time, having only played two minutes twenty seconds of added time, as another few minutes of this would have been fantastic as the action continued to rage from end to end. 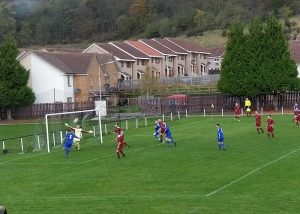 Ross Lennie volley’s in his goal.

Next Saturday (10/11/2018) the Shipyard travel to face Dunbar United in the 2nd Round of the Football Nation Cup, kick off 2.30pm. A few seats are available on the bus which leaves Recreation Park at 11.45am. Contact the Club through the website for details.

The Shipyard welcome University of Stirling today in the South, Challenge Cup. The weather is set fair and we are restocked after getting wiped out last week. Come along and support the boys. https://t.co/3wDkULnqd2 ... See MoreSee Less
View on Facebook
· Share

We face Lowland League opposition this week with University of Stirling the visitors for a South Challenge Cup tie. Your continued backing is much appreciated. Hope to see you at the Shippy on Saturday. ... See MoreSee Less

“We face Lowland League opposition this week with @StirlingUniFC the visitors for a South Challenge Cup tie. Your continued backing is much appreciated. Hope to see you at the Shippy on Saturday.”
View on Facebook
· Share